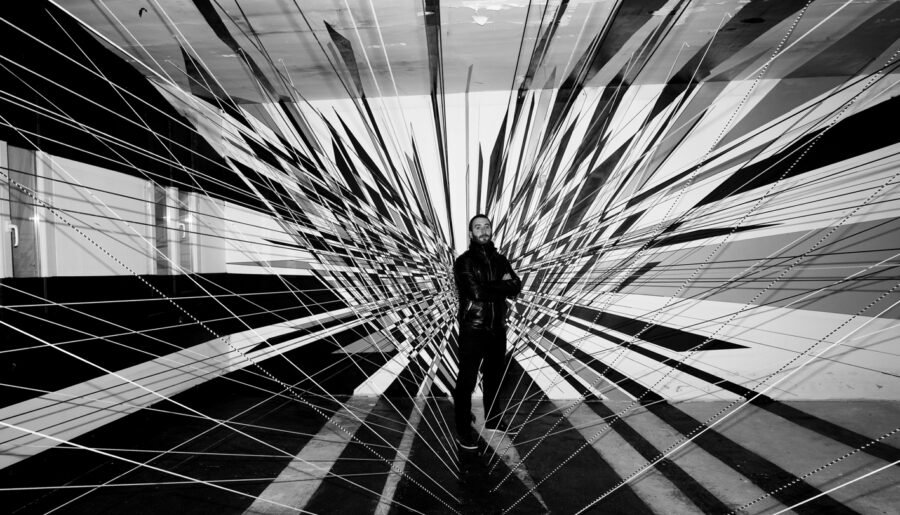 Preview the catalog
Buy it on Amazon

“It is on November day that Jeanne-Pierre Marois, owner of the building were was located les Bains Douches, the most iconic Parisian night club for over thirty years, contacted Magda Danysz, the Paris and Shanghai owner of MD Galleries. Together they set up an unrealistic project that most people would have brushed off: a 4 month artistic residency where artists carefully selected by the gallery owner would be invited to take over this legendary location. Yet the project had some constraints, from the lack of budget, the required utmost discretion – the place being closed to the public since 2010 – and, last but not least, the fact that each and every art piece created would have to be destroyed in the end as the building would go under a total embellishment program in order to be transformed in a luxury hotel.

This book is the testimony of this amazing adventure, with the participation of 50 artists from all around the world, representing all the street art generations, and whose only aim was to create masterpieces, as a final tribute to this legendary Paris night club, returned to its former glory.” (Stéphane Bisseuil)

Les Bains was a nightclub in Paris that drew many big names back in the day like Kate Moss, Andy Warhol, David Bowie, Jean-Michel Basquiat, and many other icons. They partied hard within the walls up until the building was deemed unsafe and condemned in 2010 after terrible renovations.
However, the structure has new life; 50 internationally acclaimed artists have basically made the 3,000 square foot building their canvas, creating wonderful street art. Most of the works are large scale and quite impressive. People like FUTURA, INVADER, and Sambre will continue to create art there until April 30.

The Bains is offering certain internationally based artists a residency. Under Magda Danysz art curation and Colombe de La Taille / ADL Conseil communication direction, the place is furtively reinvented as a living space for the artists and a devastating expression of creative freedom. The golden class of Street breathing fresh life into the soul of the Bains. For four months graffiti artists and others will take on the legend of Parisian nightlife to pay tribute to the artistic DNA of the club. Employing different styles, an artistic workshop akin to a 19th century manufacturing works will inhabit the full 3000m2. It’s a novel and above all ephemeral way to bridge the gap. An eternal artistic workshop which will be demolished on the 30th April. A momentary and almost subliminal metamorphoses of a legendary space. Everything is here. It is majestic, new, raw and wonderfully sophisticated. An unlikely return of the transgressive underground soul of the Bains.